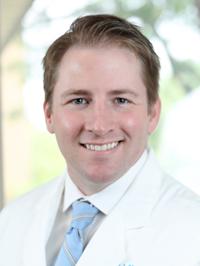 Chronic lateral ankle instability is one of the most common issues seen by foot and ankle surgeons. Surgical treatment involves reconstructing the lateral ligaments, and the modified Broström has long been the gold standard surgical treatment. However, the tissue available for reconstruction is often suboptimal. It is from this problem that the interest in an augmented repair arose. One such method is the InternalBrace (Arthrex) suture tape.

An excellent but retrospective study using InternalBrace augmentation by Coetzee et al in 2018 (Coetzee JC, Ellington JK, Ronan JA, Stone RM. Functional results of open Broström ankle ligament repair augmented with a suture tape. Foot Ankle Int. 2018;39(3);304-310) demonstrated an average return to sport in 12 weeks, a significant improvement from the 4-6-month timeframe reported in the literature. It also introduced an accelerated rehabilitation protocol that was critical to getting athletes back to sport quickly.

As a retrospective study, though, that study was inherently limited. Furthermore, the addition of a novel and more aggressive post-operative protocol added a second variable. This left two main questions we wanted to answer. Would these results be replicated in a prospective, randomized study? Was it the InternalBrace or the new post-operative protocol responsible for the improvement?

This study aimed to answer those questions, while also addressing the potential for increased morbidity associated with augmentation.

The findings of our study show, in a prospective, randomized, blinded manner, that InternalBrace augmentation does in fact confer a 4.2-week faster return to function than the modified Broström alone. Moreover, there was no increase in complication rate or morbidity identified. Both groups underwent the accelerated post-operative protocol, which suggests that the InternalBrace rather than the accelerated protocol supports this improvement.

While this study does provide substantial evidence supporting the use of InternalBrace augmentation, there are several factors that were not addressed. Use of the InternalBrace imparts increased cost and operative time. Whether or not that cost is justified by the quicker return to activity (and in many cases back to work!) is beyond the scope of this study. Lastly, the duration of this study (26 weeks) does not address the longevity of this benefit or potential unintended consequences that may arise with longer term follow up.